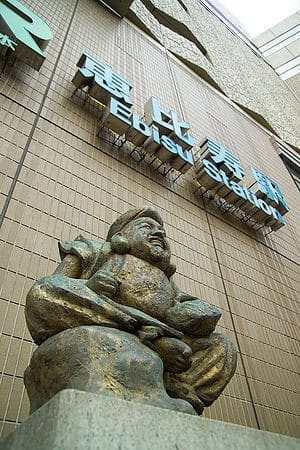 Ebisu Station (恵比寿駅 Ebisu-eki?) is a railway station in the Ebisu neighborhood of Tokyo‘s Shibuya ward, operated by East Japan Railway Company (JR East) and the Tokyo subway operator Tokyo Metro. The station is named after Yebisu Beer, which was once brewed in an adjacent brewery, and which is itself named for the Japanese deity Ebisu.