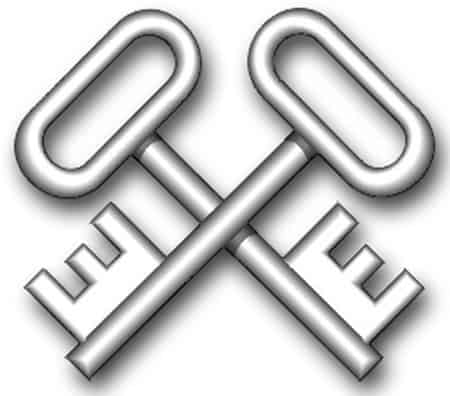 From Wikipedia, the free encyclopedia
(Redirected from Logistics Specialist)

The logistics specialist (LS) is a US Navy enlisted rating that was created on 1 October 2009 by the merger of the storekeeper (SK) and postal clerk (PC) ratings.[1] It also includes the previous functions of the former aviation storekeeper (AK) rating, which was previously merged into the former storekeeper (SK) rating on 1 January 2003.

Logistic Specialists are tasked with maintaining ship or company military supply stores. Their responsibilities generally include purchasing and procurement, shipping and receiving, and issuing of equipment, tools, consumable items or anything else obtained through the Naval Supply System. They fall under the authority of a supply officer. The exception to this is in the case of the Independent Storekeeper NEC which trains E-6 and above to operate independently of a Supply Officer.

They open-purchase, inventory, screen, procure, receive, store and issue material and replace repair selected components. They utilize financial accounting and database systems to perform inventory and financial management functions. Additionally, they sort and distribute all official and personal mail, manage money order and stamp inventories, and maintain financial and inventory reports.[2] The LS rating is similar to the US Army’s MOS 92 and the US Air Force’s enlisted AFSCs 2G0XX, 2S0XX and 8M0XX.

Logistics Specialists can be found serving virtually any Naval platform, in diverse theaters, including Combat Zones on FOBs like Iraq or Afghanistan in place of supply Soldiers for the Army as an ad hoc I.A. (Individual Augmentee). For this reason, they can be found with virtually every Warfare Pin Qualification offered by the Navy with only a few exceptions. Of the Warfare Qualifications commonly held, included are: Aviation Warfare (AW), Surface Warfare (SW), Seabee Combat Warfare (SCW), EXW (Expeditionary Warfare Specialist), and the Submarine Warfare Specialist (SS) aka “Dolphins”.

Logistics specialists typically fall under the command or supervision of commissioned officers of the U.S. Navy Supply Corps. The exception to this is in the case of those sailors in the LS rating who hold the Navy Enlisted Classification (NEC) of independent storekeeper, which trains logistics specialist 1st class petty officers (E-6) and above to operate independently of a supply officer. Of the Supply Department, on small ships, they will be found in S-1 Division. On larger ships, they would be found in S-1 (Stock Control/Financials), S-6 (Aviation Material Support), S-8 (General Stores/Supplies), S-9 (Hazmat), and varying Divisions for the Post Office (sometimes S-10 or other number)

Storekeepers (SK) were one of the oldest of the US Navy’s oldest enlisted ratings. The conversion to the name LS was not simply a name change, as this evolution now encompasses federal laws and punitive regulations of handling, sorting, and securing the mail. Logistics Specialists are primarily tasked with maintaining military supply stores. Their responsibilities generally include Open-Purchasing and Procurement, Shipping and Receiving, Inventory Management, and Issue of Equipment, Repair Parts (Aircraft or Ship), Tools, Consumable items (paper, pens, toilet paper, batteries, etc.), Hazmat or anything else obtained through the naval supply system combined with former PC (Postal Clerk) duties as COPE (Custodian of Postal Effects) and monitoring designated Mail Orderlies.

Logistic Specialists are still primarily trained at the Naval Technical Training Center in Meridian, Mississippi. Undesignated or non-Rated Sailors may also “strike” (moonlight train/study through OJT or On-the-Job-Training and online-courses and take the exam) for LS without attending NTTC Meridian’s Storekeeper “A” School. (The Coast Guard still retain the name and Rate of SK and have not made the move to the name LS) Coast Guard Storekeepers get training in Petaluma, California.