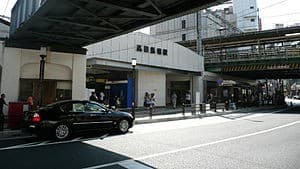 Takadanobaba Station (高田馬場駅 Takadanobaba-eki?) is a railway station in the Takadanobaba area of Tokyo‘s Shinjuku ward, situated between the commercial districts of Ikebukuro and Shinjuku.