Wormsloe will be closed to the public on July 21st for a private event. Regular hours will resume July 22nd.

Click here to read our coronavirus response before visiting.

» Pet Notice: › Leashed pets are allowed on historic site trails, however, they are not allowed in buildings. Please view our Park Rules page for more information.

The stunning live oak lined avenue beckons visitors to Wormsloe State Historic Site, whose abundant cultural and natural resources have been, and continue to be, shaped by the influences of the many inhabitants of the Isle of Hope through the centuries including those of Native American, African, and European descent.

A breathtaking avenue sheltered by live oaks and Spanish moss leads to the tabby ruins of Wormsloe, the colonial estate of Noble Jones (1702–1775). Jones was a humble carpenter who arrived in Georgia in 1733 with James Oglethorpe and the first group of settlers from England. Wormsloe's tabby ruin is the oldest standing structure in Savannah.

Surviving hunger, plague and warfare in the rugged environment of Georgia, Jones went on to serve the colony as a doctor, constable, Indian agent, Royal Councilor and surveyor, laying out the towns of Augusta and New Ebenezer. He also commanded a company of marines charged with defending the Georgia coast from the Spanish. Jones died at the beginning of the American Revolution, but his descendants sustained Wormsloe until the state of Georgia acquired most of the property in 1973.

Today, visitors can interact with historical interpreters during programs and events, and view a museum with artifacts unearthed at Wormsloe, as well as a short film about the site and the founding of Georgia. The interpretive nature trail leads past the tabby ruins along the marsh to the Colonial Life Area where, during programs and special events, demonstrators in period dress exhibit the tools and skills of colonial Georgia. The site hosts several events throughout the year, including the “Colonial Faire and Muster” in February, which highlights aspects of 18th-century life, such as music, dancing, crafts and military drills and the “Tools and Skills that Built a Colony” event over Labor Day weekend.

The name “Wormsloe” came from Jones’ township in England: Wormslow (Wormelow) Hundred in Herefordshire. British residents of the town have even visited Wormsloe Historic Site. 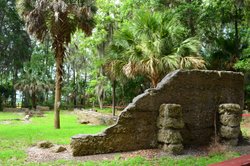 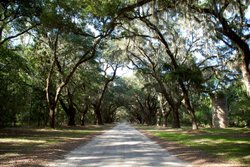 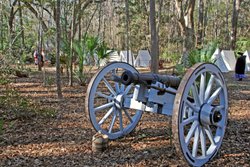 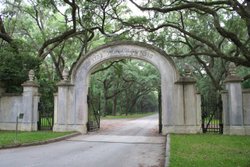 Things To Do & See

Virtualombudsman is built to support you. We are open 24/7 and take suggestions via email at [email protected] .com